Enclosed kindly find the second edition of Dr. Delaney’s book The Most Basic Of Human Rights. In the back of this edition you will find a tribute to Dr. Delaney reprinted from the Catholic Standard, November 29th, 2018.

A young college student who mows my grass in the warm weather expressed a keen interest in Dr. Delaney’s book when I handed it to him telling him it would sharpen his mind and put him years ahead of his classmates in wisdom after he read it.

For those of you interested passing this on to friends (and college students because the next generation is important), we have made it available for download at no cost by clicking here.

The tribute to Dr. Delaney in the back of the book says it all. It was Dr. Delaney’s habit, before entering a patient’s room, to say a little silent prayer that he would see Christ in the face of the patient and the patient would see Christ in him. He loved his fellow man and he loved his country. His insights are so important for the nation at this time in our history.

P.S. President Trump’s State of the Union speech was one hour and twenty two minutes in length.  A CBS news poll following his speech turned up a 76% approval rating.

He surprised all of us in a 2 minute segment of that speech in which he stated:

“There could be no greater contrast to the beautiful image of a mother holding her infant child than the chilling displays our Nation saw in recent days. Lawmakers in New York cheered with delight upon the passage of legislation that would allow a baby to be ripped from the mother’s womb moments from birth. These are living, feeling, beautiful babies who will never get the chance to share their love and their dreams with the world. And then, we had the case of the Governor of Virginia where he stated he would execute a baby after birth.

To defend the dignity of every person, I am asking Congress to pass legislation to prohibit the late-term abortion of children who can feel pain in the mother’s womb.

Let us work together to build a culture that cherishes innocent life. And let us reaffirm a fundamental truth: all children — born and unborn — are made in the Holy Image of God.”

We captured this wonderful, powerful statement of the U.S. President (the entire 2 minutes). It may be found below:

In graphic language describing a partial birth abortion, he calls on Congress to pass legislation outlawing it in the nation.  Half of the Congress gives him a standing ovation; the other half remains seated – with the exception of one Democrat from West Virginia.

Curiously, without realizing it, the President made an even more powerful statement when he introduced from the gallery a survivor of the Jewish Holocaust in Germany and a soldier who liberated him from that holocaust.  In truth, this President was calling on the Congress to end what has been aptly called “The American Holocaust” (61,039,117 aborted children as of this writing)-10 times the people killed in the Jewish Holocaust. 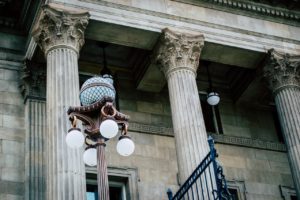 January 2020 Dear Friends and Family of the Preborn Child, Someone called from out west and … END_OF_DOCUMENT_TOKEN_TO_BE_REPLACED